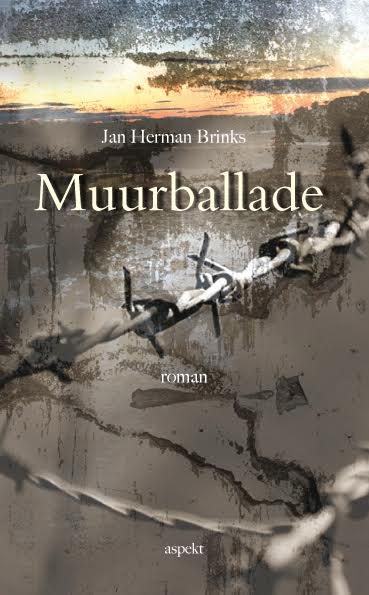 In Jan Herman Brinks’ novel Muurballade (Wall Ballad), Dutch historian Xavier Hackel arrives a year before the fall of the Wall in East Berlin to do research at the Humboldt University.

Xavier tries to find out why the statue of Frederick the Great that disappeared after the war all of a sudden is back at the Unter den Linden Avenue. He sees this as an important sign of rapprochement to the West, a theory he is not thanked for. Soon he notices that every step he makes is being recorded. Inevitably the question forces itself on him: who can be trusted and who cannot? Is his house-mate Emile really honest with him? Doesn't his new love Ilse work behind his back for the Stasi, the notorious East German secret service? When Ilse suddenly disappears he runs amok and is expelled from the country.

Wall Ballad is a political-psychological novel. Against the backdrop of a state which is ruled by distrust, the characters try to realize their ideals of freedom. In doing so, they cross borders without paying attention to the consequences. Not only in the East, but also on the other side of the Wall.

'I read the book at one sitting. Wonderful ... unfortunately wonderful.'